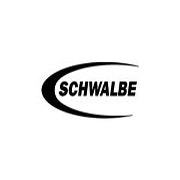 German brand Schwalbe has only been in existence since 1973, but the tyre manufacturer expanded so rapidly that it soon became not only the market leader in Europe, but also a major player on the global stage. Schwalbe’s tyres can now be found in countries including the USA, Australia, Japan and South Africa.

Schwalbe provide tyres for all types of bicycle, from 20” BMX and cyclo-cross tyres to city slicks, fixies and mountain bike tyres for all conditions. Among the latest additions to its range is its first pure triathlon tyre called the Ironman, and a cross-country competition tyre specifically suited to dry terrain called the Thunder Burt.

Its latest racing tyre is the diamond-treaded Schwalbe One, produced by the company in a purpose-built factory in Reichshof, Germany. The tyre, which uses the OneStar triple compound developed specifically for extremely low rolling resistance, made its debut at the 2013 Tour de France, where it was used by the RadioShack Leopard Trek, Ag2r-La Mondiale and FDJ teams. The tyre is also used by UCI Continental teams Node4 Giordana and Raleigh GAC.

Schwalbe supplies tyres to the Chain Reaction Cycles/Nukeproof pro downhill team and is the tyre of choice for the British Downhill Series, where the Hans Dampf, Wicked Will, Dirty Dan, Big Betty or Muddy Mary models are used depending on conditions. The company also sponsors the prestigious Pro-Elite Female and Male categories, offering prize money of over £10,000. The Best Road Cycling Tyres for 2015 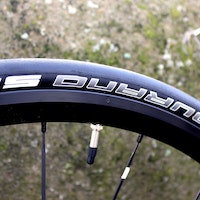