The Amstel Gold Race is Holland’s biggest and most prestigious professional cycling race. It was first staged in 1966, and has been staged in mid- or late-April every year since. Since 1989 it has been among the races included in the season-long rankings tables, and it is currently part of the UCI World Tour. It is sponsored by the Dutch brewers Amstel.

The race is mostly staged in the southern part of the Dutch province of Limburg, although it has also visited Belgium. Together with La Flèche Wallonne and Liège-Bastogne-Liège, the Amstel Gold Race is one of the ‘Ardennes classics’, and it is famous for the danger of its route – crashes are not uncommon as riders avoid parked cars and traffic calming devices – and for its 31 steep, narrow climbs.

The 251km-long 2013 edition, which ran from Maastricht to Valkenburg, was won by Saxo-Tinkoff rider Roman Kreuziger from the Czech Republic. Kreuziger attacked from the peloton around 17kms from the finishing line to claim the biggest one-day win of his career, winning by 22 seconds from Spanish rider Alejandro Valverde.

Other riders to have claimed victory in the Amstel Gold Race over the years include Eddy Merckx, Bernard Hinault, Johan Museeuw and Bjarne Riis. The most successful rider has been Dutchman Jan Raas who won four consecutive races between 1977 and 1980 and then won again in 1982. 17 of the 56 editions have been won by Dutch riders, with Belgium the next most successful country with 11 victories. 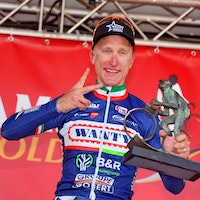 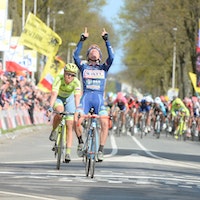 “Today I had an angel on my shoulder“: Enrico Gasparotto dedicates Amstel... 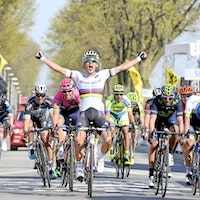 Amstel Gold Race 2016: six riders who could win on Sunday 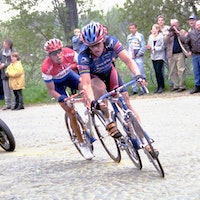 Short, steep hills to sort the men from the boys during the Ardennes Classics
6 years ago | by Colin Henrys 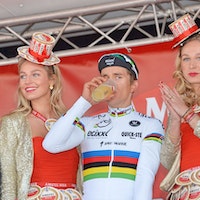