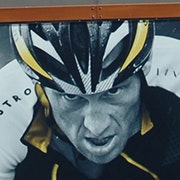 The American Lance Armstrong was once professional road cycling’s most successful competitor, now he is merely its most infamous. Born in September 1971 in Piano, Texas, Armstrong started training as a triathlete at the age of thirteen. The U.S Olympic development team asked him to train as a cyclist in 1989 and he subsequently came in 11th at the World Champion Road Race, igniting his career in the sport. Armstrong is most renowned for his seven consecutive Tour de France victories (1999-2005), all of which were invalidated by the U.S Anti-Doping in 2012 due to Armstrong’s suspected use of performance enhancing drugs during this period. After long pleading his innocence, Armstrong admitted to the doping charges at the beginning of 2013.

Armstrong turned pro immediately in 1993 on joining team Motorola. His first big win came in that years World Road Race Championship in Oslo, in which he became the competitions youngest ever victor. By 1996 Armstrong was ranked the 7th best rider in the world and signed for Team Cofidis. Shockingly, Armstrong was then diagnosed with aggressive testicular cancer; after undergoing several operations and chemotherapy, he was declared cancer free in early 1997.

His previous contract cancelled, Armstrong found a sponsor in the United States Postal Service team, with whom he would achieve his career defining victories before retiring in 2005. He returned to the sport at the 2009 Tour de France and the Astana team and placed third. He competed in the following two Tours with Team Radio Shack, which he had helped to found.

In addition to his sporting exploits, Armstrong also created the Livestrong Foundation in 1997 to help those suffering from cancer. 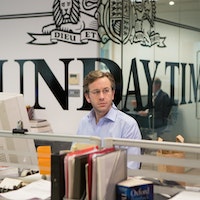 “That’s a great theme of the Armstrong story, how Lance himself became...

Lance Armstrong's nemesis on the Texan, forgiveness and why Floyd Landis is the best character in The Program
5 years ago | by Mike Anderson 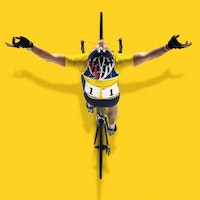 Good for anyone new to the story, but won't satisfy cycling buffs
6 years ago | by Colin Henrys Comment: CIRC report should be taken with pinch of salt

Uncomfortable reading for the UCI but is the state of the modern peloton as bad as headline figures suggest?
6 years ago | by Colin Henrys

Lance Armstrong: 'Sorry for the fall-out, but I'd dope again'

Disgraced American admits he would still cheat if given time again, but does not believe it is necessary in modern peloton
8 years ago | by Timothy John

Armstrong interview with Oprah Winfrey to be streamed live

Pat McQuaid: "Lance Armstrong has no place in cycling"
8 years ago | by George Scott 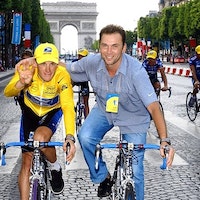 Trek, SRAM, Giro and Radioshack among sponsors to drop Armstrong

Oakley only high-profile sponsor to stick with disgraced American