In 2011, Marcel Kittel moved from being a promising talent to one of cycling’s established names. Riding for the Shimano team in his first year as a professional, he won the sixth stage of the Vuelta a Espana and four stages of the Tour de Pologne, as well as finishing first overall at the Delta Tour Zeeland.

The following year, he proved his breakthrough was no fluke by taking first place in the Scheldeprijs (a race he won again the following year) and winning two stages of the Eneco Tour. In 2013, he took first place overall at the Tour de Picardie, and his excellent run of results culminated in an incredible four stage victories at the Tour de France, including the final stage in Paris on the Champs Elysées.

Unusually for one who finishes so strongly, 6 foot 2 inch Marcel is calm and laidback. His enormous power makes him one of the fastest men on a bike in the world – his four Tour stage victories have proved to everyone that he deserves to be ranked alongside Mark Cavendish and Andre Greipel as one of the top sprinters in the bunch. 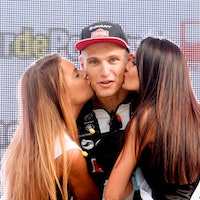 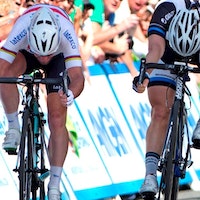 A Year in Review: the five best sprinters of 2014

Who's top of the class after another high-octane season?
8 years ago | by Colin Henrys 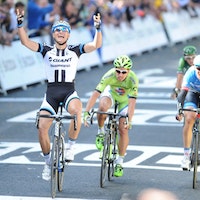 Interview: Giant-Shimano thriving under pressure as Marcel Kittel doubles up 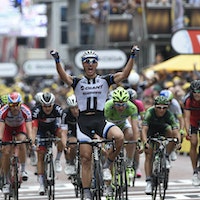 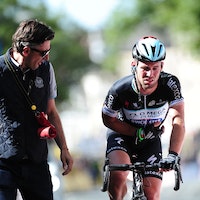 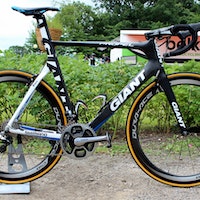 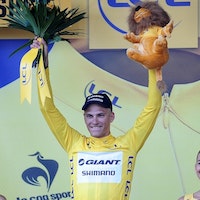 Photo gallery: the agony and ecstasy of the Tour de France encapsulated...

Marcel Kittel celebrates as Mark Cavendish rues what might have been