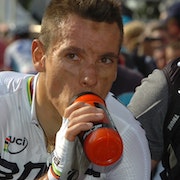 After six years as a pro cyclist, Belgian Philippe Gilbert came of age in 2009 by concluding the season with four wins in a row at the Coppa Sabatini, Paris-Tours, the Gran Piemonte and Giro di Lombardia. The following year, he continued his impressive form, finishing third in both the Tour des Flandres and Liège-Bastogne-Liège, and first in the Amstel Gold Race, before retaining his Lombardy title in impressive style.

2011 remains the best year of his career to date, as he won the UCI World Tour and became only the second rider to win the Amstel Gold Race, the Flèche Wallonne and Liège-Bastogne-Liège in a single season. In 2012, riding for American team BMC Racing, he improved as the year went on, claiming two stage wins at the Vuelta a Espana and winning the World Championships road race in Valkenburg in the Netherlands.

Philippe was born into a family of cyclists in Verviers on 5th July 1982. Coached by his parents and older brother Christian, he was given his first pro contract in 2003 with FDJeux.com, after riding for the team as a stagiaire in late 2000. His younger brother Jérôme also joined the professional ranks in 2011.

Philippe is undoubtedly one of the world’s finest puncheurs, with a style perfectly suited to the one day spring classics. He is consistently able to demonstrate scorching acceleration on small inclines, such as during his World Championship victory in 2012 when no other rider was able to keep up with him during the last ascent of the Cauberg. 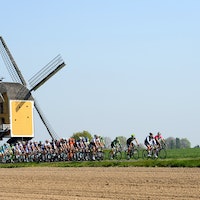 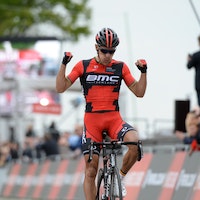 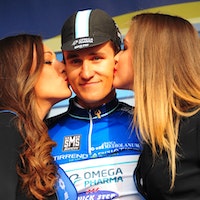 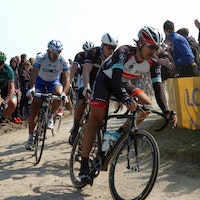 Who made our list?
7 years ago | by George Scott 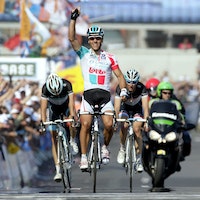 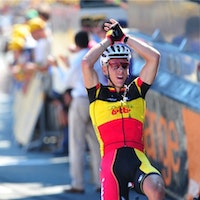