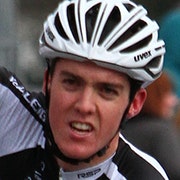 In 2010, at the age of 20, Tom Scully performed well at the UCI Track Cycling World Cup in Beijing, with a third place in three separate disciplines – the Teams Pursuit, the Points Race and the Madison. He continued to progress on both the track and road over the next two seasons, with highlights including a third-placed finish at the 2012 under-23 Paris-Roubaix.

Riding for Team Raleigh in 2013 in the British Tour Series, he took second place in the opening round at Kirkcaldy, and won the IG Sprints competition at the third round in Stoke, before winning outright in Redditch and Ipswich. He also took victory in the prologue of the Tour of Normandie, and won the Rouleur Combativity award on Stage 4 of the Tour of Britain.

Tom, known as ‘The Scud’ to friends and fans, was born in Invercargill, the southernmost city in New Zealand. He made his debut in the Tour of Southland at the age of just 18, finishing eleventh in the prologue in his hometown and 47th in the General Classification overall.

His attacking style earned him the IG Sprints Jersey in the 2013 Tour Series and allowed him to play a starring role in the final stage of the 2013 Tour of Britain when he repeatedly tried to break clear of the pack. He is also versatile – away from crits and stage races, he is still producing the goods on the track, winning the Golden Wheel at the 2013 Good Friday meeting at Herne Hill. 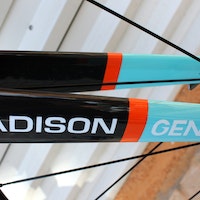