Nestled in France’s picturesque Loire Valley, in the small town of La Fuye, Cyfac has been handcrafting bicycle frames since 1982. Each frame is individually built to custom specifications, a process neatly reflected in the company’s name – ‘Cyfac’ is an acronym that simply translates from the French as ‘handmade artisanal bicycle frames’.

Founder Francis Quillon, himself a successful amateur sprinter, began the company in his garage alongside his wife Mireille, and all frames are still manufactured in La Fuye, including cutting, welding, painting and finishing. By 2009, the company was producing over 1,000 frames each year, and it is one of a very select number of bike makers that works in all bicycle frame materials including carbon, ti-carbon, steel, and alloy.

Since its foundation, Cyfac has made frames for numerous Olympic medalists, Tour de France contenders and world champions. Nearly every French pro from the 1980s to the present day, including Laurent Fignon, Thierry Marie, Thierry Claveyrolat, Charly Mottet, Marc Madiot and Richard Virenque, have raced on a Cyfac frameset painted in their team’s livery, and the company has also built frames for some of the sport’s international greats, including Claudio Chiappucci, Marco Pantani and Frank Vandenbroucke.

Among its many innovations, Cyfac was the first builder to TIG-weld aluminum frames, and it built the world’s first full-custom alu superbike, a design so revolutionary that it was soon outlawed by the UCI. Cyfac’s avant-garde efforts culminated in the first full-custom, full-carbon lug-less frameset, called the ‘Tigre’. 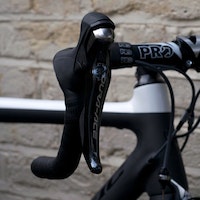 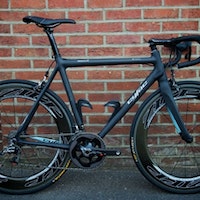 Carbon frame handmade in the Loire
8 years ago | by RCUK 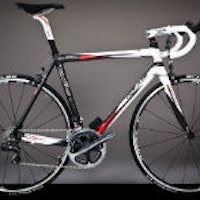