The annual one-day E3 Harelbeke is staged in mid-March in the Flanders area of northern Belgium. The race has been held every year since 1958, and has been part of the UCI World Tour since 2012. It is often used by riders as a warm-up for the more prestigious Tour of Flanders which takes place a couple of weeks later.

The race starts and finishes in the town of Harelbeke with a course of around 200 km that includes 13 hills and long stretches across windswept flatlands. Many of the roads are cobbled, including the 500m Paterberg climb that averages 12.5%.

The most successful rider in the event over recent years has been Swiss time-trial specialist Fabian Cancellara, who won the race in 2013 with a lead of 68 seconds over Danish rider Peter Sagan and Italian Daniel Oss. One solid attack on the Oude Kwaremont climb gave him the small gap he needed with 35 km to go, and he gained further time on the way into Harelbeke, claiming a superb solo victory.

It was Cancellara’s third E3 Harelbeke in four years, following victories in 2010 and 2011.

Belgian Tom Boonen has won the race a record five times, including the 2012 edition and four consecutive victories between 2004 and 2007. Boonen also finished second in 2009 and 2010. The next most successful rider is another Belgian Rik Van Looy who won the race four times between 1964 and 1969. 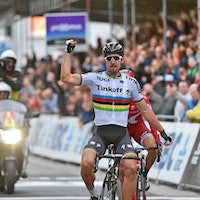 Dwars door Vlaanderen, E3 Harelbeke and Gent-Wevelgem take the pro peloton to the Flandrian cobbles
4 years ago | by Martin Cox 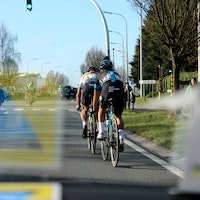 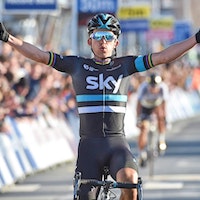 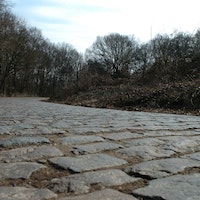 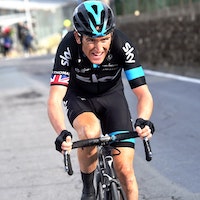 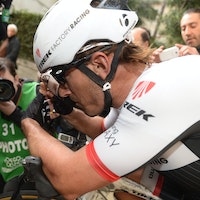 Fabian Cancellara out of spring Classics after E3 Harelbeke crash 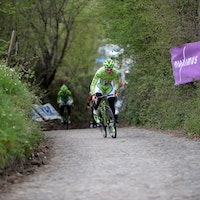 E3 Harelbeke preview: six riders who could win on the cobbles 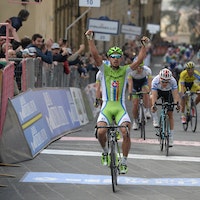 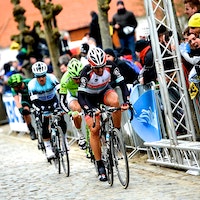