During his 12 seasons as a professional cyclist, elegant Italian Maurizio Fondriest racked up 69 victories, including a win at the World Road Race Championships in 1988 at the age of just 23. He was UCI World Cup champion in 1991 and 1993, and won the 1993 Milan-San Remo and stages at both the Giro d’Italia and the Tour de France.

After a back injury forced him into early retirement in 1998, he founded the Fondriest brand with his brother Francesco, concentrating primarily on producing bespoke handmade carbon fibre road racing bikes. Careful and meticulous about the technical aspect of bicycles, Maurizio has a hands-on involvement in the production of every prototype that bears his name – always looking for the perfect geometry, his focus on the seated position is legendary.

All Fondriest bikes are designed, tested, and assembled in Italy but only the flagship TFZERO – the model owned and used by Maurizio himself – is manufactured there. As well as road bikes, the Fondreist range also incudes crono/triathlon and mountain bikes, as well as the ‘Pista’ designed for the track.

Amongst the teams that use Fondriest bikes are the Italian junior teams Pro Bike Fiesso and Gs Bottegone, along with amateur teams such as Ck Kolokram Svijany from the Czech Republic and Asd Ciadit and Gs Campagnolese from Italy. 17-year-old Slovenian Matej Mohoric won the 2012 Junior Road World Championships in Valkenburg in the Netherlands on a Fondriest TF3 1.2. 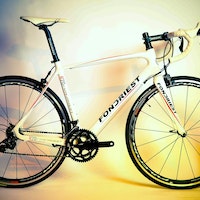 We have a winner! Result of Fondriest R20 bike competition announced 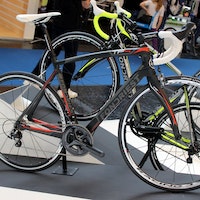 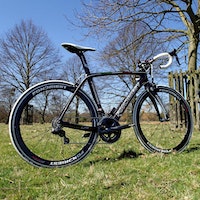 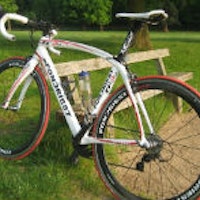 Weighty, but zippy carbon steed that met the challenge of crit racing handsomely