The latest news, results and photo galleries from the 2015 Tour de Suisse

About the Tour de Suisse

The nine-day Tour de Suisse is the race immediately preceding the Tour de France on cycling’s world tour, and, as such, is a final warm-up for the biggest prize of them all as well as being a hugely prestigious event in itself.

The 2013 edition was typical of recent races, with 1,318 km of racing and 15,000 m of climbing. Beginning with an individual time trial prologue in Quinto and then a mountain-top finish at Crans-Montana, and concluding with a challenging uphill 26 km time trial from Bad Ragaz to Flumserberg, riders needed to start and finish the race in top condition. The Portuguese Rui Costa coped best with the rigours of the schedule, winning overall by 62 seconds from Dutchman Bauke Mollema.

First staged in 1933, when the Austrian Max Bulla was victorious, the race has been held every year since apart from 1940 and 1943-45. The Italian rider Pasquale Fornara is the most successful rider overall, with four individual victories, closely followed by a trio of Swiss riders, Ferdinand Kübler, Hugo Koblet and Louis Pfenninger. Home-grown winners in recent years include Fabian Cancellara, who also has ten stage victories in the race to his name.

Several winners of the Tour de Suisse have also won the Tour de France, including Eddy Merckx and Jan Ullrich. However, the list of dual winners does not include Lance Armstrong – the 2001 race, which the American won at the podium ceremony, was declared void after Armstrong’s use of performance-enhancing drugs was revealed. 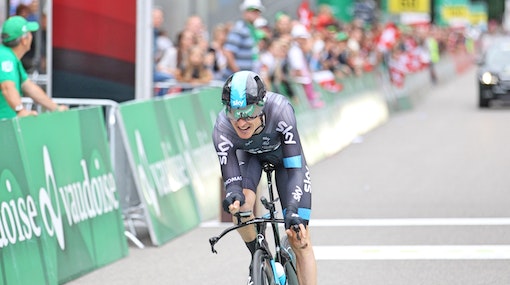 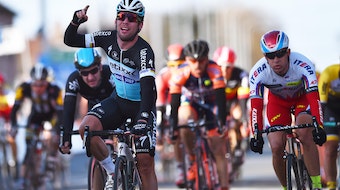 Manx Missile set for showdown with Sagan, Degenkolb and Kristoff ahead of Tour de France
5 years ago | by Colin Henrys

Video: Behind-the-scenes at the Tour de Suisse with IAM Cycling and Muc-Off

All the action from the mountainous 219km run from Delémont to Verbier, captured by photographer,...
6 years ago | by Timothy John