The one-day Il Lombardia is staged in October towards the end of the UCI World Tour calendar, and is the final ‘monument’ of the cycling season. Known as ‘The Race of the Falling Leaves’ because it takes place in the autumn, its route travels through the Lombardy region of Italy as well as occasionally nipping over the border into Switzerland.

First staged in 1905, the Il Lombardia (or ‘Milano-Milano’ as it was then known) has a long and distinguished history. The route has changed many times, with the only consistent features being Lake Como and the iconic Madonna del Ghisallo climb that appears towards the end of the race. It is regarded as a ‘climbers’ classic’ – other famous climbs include the short but tough San Fermo della Battaglia and the 9.6 km Colma di Sormano.

For a second consecutive year, the 2013 race followed a route from Bergamo to Lecco, and once again the final climb of the day, the steep 3.3 km Villa Vergano, was decisive. Spaniard Joaquim Rodriguez jumped clear and eventually won by 17 seconds from fellow Spaniard Alejandro Valverde.

Over the years, Italians have dominated the podium positions – 67 of the 107 editions have been won by home riders, including the most recent Damiano Cunego who won in 2004, 2007 and 2008. The most successful rider in the event’s history is the Italian great Fausto Coppi who was victorious five times between 1946 and 1954, including four consecutive wins between 1946 and 1949. 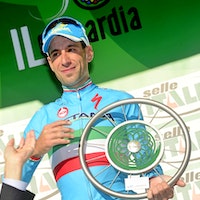 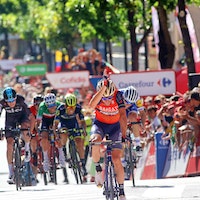 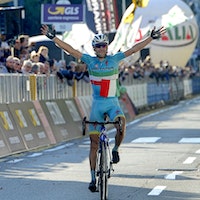 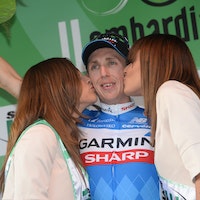 Il Lombardia, the race of the falling leaves, brings curtain down on 2015 UCI WorldTour season
6 years ago | by Colin Henrys 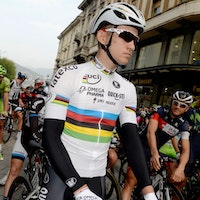