Kinesis was established in 1989 by former employees of Giant Bicycles, and now has factories in the USA, Taiwan and China. It produces aluminum and carbon fibre frames and forks for many of the world’s leading, high performance road, MTB and cyclocross bicycle manufacturers, including GT, Raleigh, Trek, Santa Cruz, Haro, Kona, K2, Storck, Commencal, Sunn and Ideal.

The first road frame from the UK arm of the company, the double-butted ‘Racelight R’, was introduced in 1999 and hit the mark with its quality welds and correct detailing. It found a niche with riders who wanted to build themselves a unique performance bike without breaking the bank, and was soon followed by the unique-at-the-time ‘Racelight T’, a lightweight winter training frame and fork with long drop-brakes and clearance for proper mudguards.

The current Kinesis UK range includes 17 frame sets, four bikes and 12 forks. There are also four frame sets that are not easy to define, which make up the DECADE range, designed to mark the company’s tenth anniversary. There are more frames and bikes on the drawing board, including the company’s first full suspension MTB frames. Kinesis UK was named ‘Bike Brand of the Year’ at the 2013 BikeBiz Awards.

The short lived Team Kinesis UK competed on the mountain bike circuit in 2008 and 2009, featuring young riders such as Steve Lampier, Matthew Kipling and James Stewart. Highlights included Tom Last finishing second in the under-23 category at the 2008 Tour of Serbia. 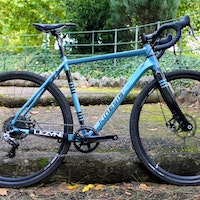 Kinesis launched the aluminium Tripster AT earlier this year but can it live up to the reputation of its titanium sibling?
5 years ago | by George Scott 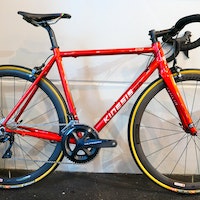 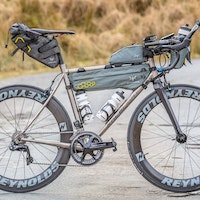 Yorkshireman heads to Australia on Racelight build aimed to blend comfort and speed for 5,300km unsupported race
8 years ago | by George Scott 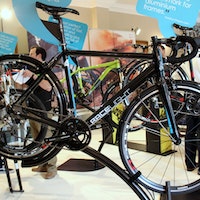 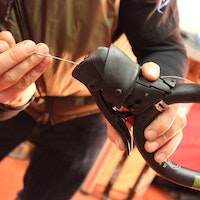 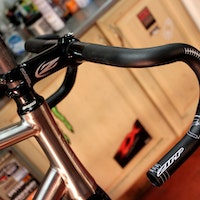 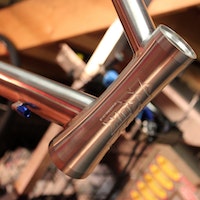 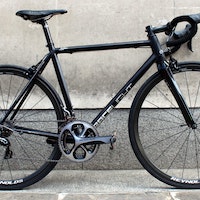