The Vuelta a España is a three-week stage race held annually in September. Follow RCUK's 2015 coverage of the Grand Tour for the latest news, results, interviews & galleries.

2015 marks the 70th edition of the Vuelta a España. Road Cycling UK will be bringing you all the coverage from the tour which will take place from 22nd August to the 13th September 2015.

Starting in Puerto Banús and ending in Madrid, this year’s Vuelta a España will put all the cyclists through a variety of riding conditions consisting of six mountain stages, six flat stages, two hilly stages and five medium-mountain stages. Tune in throughout the tour for regular updates on the progress of the teams including daily results, photo galleries and in depth stage analysis.

With this years route focusing on four mountain stages within the first two weeks it looks set to be a gruelling tour for all.

The latest news surrounding the Vuelta a España in the lead up to the 2015 edition. Throughout the tour here's where you'll find the latest team news, results, stage analysis and photo galleries. Where will the red jersey be won and lost on the back-loaded, climb-heavy route unveiled in Estepona?
5 years ago | by Colin Henrys

Can Chris Froome now be considered one of cycling's greatest ever?

After doing the Tour-Vuelta double, where does Froome stand compared to some of the peloton's...
5 years ago | by Colin Henrys 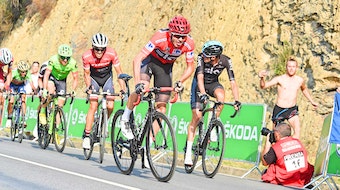 The power, the pain and the glory: how Chris Froome won the... 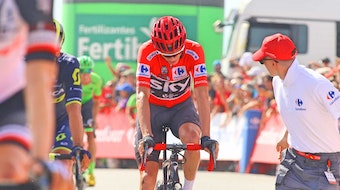 Browse through the 2014 Vuelta a España section to relive the highs and lows of the grand tour stage by stage. 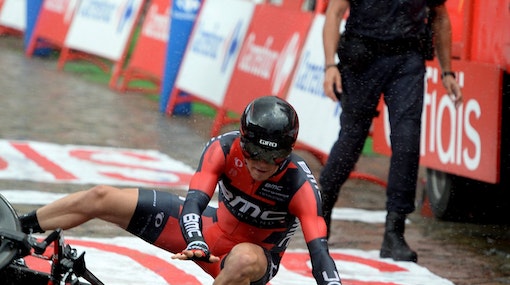 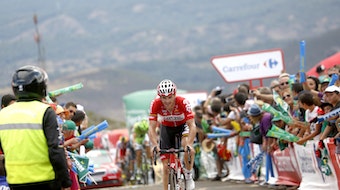 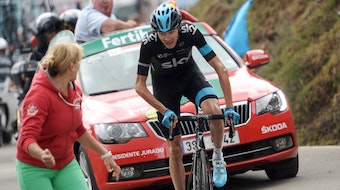 About The Vuelta a España

The Vuelta a España (or Tour of Spain) is a three-week stage race held annually in September, covering a combined total of around 3,350 km. The first Vuelta a España was organised in 1935, making it a more recent addition to the cycling calendar than either the Tour de France or the Giro d’Italia, but the race quickly gained prestige and popularity and is now considered one of the ‘grand tours’ of the European racing scene.

For many years the peloton was primarily Spanish, but riders from all over the world now participate in the race – indeed, the record for most overall wins is shared between Spaniard Roberto Heras and the Swiss rider Tony Rominger who won three consecutive Vueltas between 1992 and 1994. Colombia, Ireland, Russia and Kazakhstan have also had first place finishers in recent years.

In 2013, at the age of 41, American Chris Horner became the oldest ever rider to finish the race in the leader’s red jersey. Riding for the RadioShack-Leopard team, Horner won the mountainous tenth stage from Torredelcampo to Güéjar Sierra and eventually beat Vincenzo Nibali by 37 seconds to become the first ever North American to win the event.

The route changes each year, but the overall format of the race stays the same with 21 stages over 23 days including an individual and a team time trial. There is also always a series of mountainous stages in the Pyrenees – the 2013 edition featured 39 mountain passes – plus a grandstand finish in the capital Madrid.